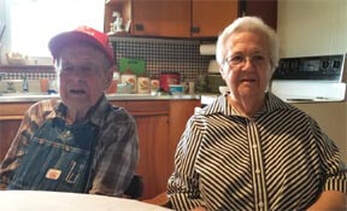 Congratulations Deloris (Mrs. Henry) Struchtemeyer for being chosen as the 2019 Mayview Picnic Parade Marshall. Your sense of community and your kindness to all makes you the perfect Parade Marshall when the theme is “Community of Kindness”.

Henry Struchtemeyer was born and raised in the Mayview area. He served in the U.S. Navy during World War II. He met Deloris Baker, who had been born in Iowa, and moved with her family to the Odessa area when she was around 3 years old. They were married in the Methodist Parsonage in Odessa in April, 1953.

Henry and Deloris have both collected Mayview Community memorabilia. They have donated several pieces to the Mayview Museum, located in the old Mayview School and sponsored by Mayview MO Foundation. Deloris gives of her time generiously and epitomizes kindness throughout the community.